One was the local and regional dimensions of the Week. Dubai is but one of the United Arab Emirates and although DIFC-LCIA , there was ample scope for other institutions to participate, which they did enthusiastically. Having the Emirates Maritime Arbitration Centre has made to signal its own interests, it should come as no surprise that the Sharjah International Commercial Arbitration Centre (Tahkeem) delivered its own seminar, together with the ICC International Court of Arbitration, having earlier organised a celebration to mark its tenth anniversary. Like EMAC, Tahkeem has aimed to instil a culture of sound arbitration locally, while maintaining strong outreach, training, development and co-operation with clients and public bodies alike. The Dubai International Arbitration Centre (DIAC) was equally active, with an afternoon session in which it discussed synergies between the UAE’s Arbitration Law and DIAC’s own rules, both in terms of practical considerations and potential divergence. Having announced new trustees recently, this was a well-attended opportunity by DIAC to offer an alternative insight into arbitration in Dubai. Similar themes were echoed by law firms – Hadef & Partners and Mahmood Hussain Law Firm both contributed strongly to the week – and centered their contributions on delivering legal insight, practical outcomes and invaluable local knowledge. Not to be outdone, Al Tamimi & Company supported a stream of events during the week, with the assistance of partners and staff at all levels. The DIFC-LCIA’s keynote address was given by Mohamed Abdel Wahab of Zulficar & Partners, focused on competition between institutions, entitled “proliferation and integration: a process of natural selection, or survival of the fittest”. It was implicit in the week that competition between various participants for a growing share of work was keen, and so opportunities to present were highly valued.

The second theme of the week was diversity and participation. Dubai Arbitration Week’s efforts to be inclusive within the wider arbitral community were laudable. Pinsent Masons supported a session with Women in Arab Arbitration on innovation in the construction industry and its impact on disputes. Its associates, Seema Bono and Maria Mazzawi took active part in mini-debates designed to upskill the arbitrators of the future and the presence of four lively issue-specific mini-debates at the DIFC-LCIA Symposium, including CIArb’s regional and local affiliates, each put together by eager younger arbitration lawyers, was a welcome change of pace, without trading insight or understanding, something all providers could learn from. ArbitralWomen held a successful event on sustaining a career in international arbitration, curated by Sara Koleilat-Aranjo of Al Tamimi. Delegates that attended found it thought-provoking and well-supported, with Abdel Wahab, Essam Al Tamimi himself, Erin Miller Rankin of Freshfields Bruckhaus Deringer and independent arbitrator Nadine Debbas Achkar leading the debate. The support for diversity in the age of , should not be a surprise; however, from Funmi Roberts, speaking brilliantly on Africa, the Belt and Road Initiative, and investment issues in arbitration, to Fatima Balfaqeeh, who made powerful contributions on both issue-based and skills-based sessions, to Freshfields’ Tala Fahoum’s advocacy of the Pledge itself, the quality of presentation was excellent. So much so, some partners did double duty; not content with working on a session with the ICC, Clyde & Co partner Nadia Darwazeh chaired a panel hosted by the German Arbitration Institute (DIS) and the DIFC-LCIA Arbitration Centre, in an informal ‘world café’ with contributions from lawyers, general counsel Ghada Qaisi Audi and arbitration lawyers Ulrike Gantenberg and Korinna von Trotha. The majority female panel, assisted by DIFC-LCIA staff Matthew Harley and Robert Stephen covered topics that included women in arbitration, early conflict resolution techniques, interim measures and the use of AI and technology in arbitration in an inclusive and participatory way.

Last, but no means least, were the skills-based elements of the programme. Labour-intensive to prepare and challenging to curate, they were also immensely appreciated by those who attended them, not least because of the investment made in upskilling those who took part. Small in scale, focused in approach, a range of firms and institutions agreed to host such sessions. A cross-examination training event saw eight expert witnesses from PwC cross-examined by representatives from various law firms in conjunction with DIFC-LCIA representatives and was well received by practitioners, while SOL International hosted an interactive mock jurisdiction challenge moderated by 33 Bedford Row’s Victor Leginsky. Landmark Chambers, expert witnesses HKA Global and the Royal Institution of Chartered Surveyors put on a training session on ‘experts, evidence and examination: a practical perspective’, while the Chartered Institute of Arbitrators’ UAE branch put on an event with similar themes, allowing those issues to be developed further, broadening knowledge, thanks to Duff & Phelps and Charles Russell Speechlys. This last facet of the week was every bit as substantive as the ‘Tylney Hall’ question time debates, or the mini-debates held by young lawyers, and illustrated one overarching message from the week; Dubai’s desire to become a centre of arbitral gravity in the region and beyond is undiminished. Next year’s event – which will coincide with the 2020 World Expo, held in Dubai, will have a high bar to follow. It may well exceed it.
Read More

The Journey of a UAE Young ADR Practitioner, what I learned so far… 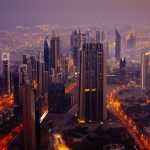